Welcome 😊 to our grammar lesson on the topic of Preterite Vs. Imperfect in Spanish. Choosing between these 2 past tenses is usually a challenge for Spanish learners.

In this lesson you will learn to choose between them, and to mix them sentences and paragraphs. We will practice the topic with several exercises.

For clarity, we will associate the color orange with Preterite, and green with Imperfect.

Note: We also have a separate lesson for each tense, where we explain their conjugations and provide more examples:

Preterite vs Imperfect – The difference

We use both Preterite and Imperfect to talk about the past, but in different ways.

So basically the Imperfect sets the stage for the action, and the Preterite narrates the action.

Let’s study the uses of each tense separately.

Uses of the Preterite

As we said, the Preterite is the tense for main actions. It answers the question: «What happened?». That’s the basic idea.

Also, there are some specific cases where we always choose the Preterite over the Imperfect. For example:

El año pasado estuve enfermo dos veces.
Last year I was sick twice. (number of times is stated, so we can confidently choose the Preterite)

Viví diez años en Perú.
I lived in Peru for ten years. (duration is stated, so we can confidently choose the Preterite)

Ayer, Laura se levantó a las siete de la mañana. Luego se duchó, desayunó, se vistió y fue a hacer la compra.
Yesterday, Laura got up at seven in the morning. Then she took a shower, ate breakfast, got dressed, and went shopping. (a chain of events one after another, so we can confidently choose the Preterite)

La película empezó a las diez.
The movie started at ten o’clock. (expresses a beginning or ending, so it is likely in Preterite and not Imperfect)

Uses of the Imperfect

The Imperfect is the tense for background information. It answers the question: «What was going on?».

Typical cases where we use it are:

Cuando yo era niño, mi padre trabajaba en una fábrica. Todos los días volvía tarde a casa.
When I was a child, my father worked in a factory. Every day he would come home late. (ongoing situation, habitual actions without stating an exact number of times)

Preterite and Imperfect in the same sentence

We can understand it better with the following graph:

El otro día, vi a una mujer que jugaba con su hijo.
The other day, I saw a woman who was playing with her son.

Now that we know the theory, let’s practice choosing between the Spanish Preterite and the Imperfect with some exercises.

In the following sentences, try to guess if the verb should be in Preterite (orange) or Imperfect (green).

Click on the grey spaces to see the solutions, and then read the analysis where we explain the reason for every choice.

1) Yo fui al parque ayer.
I went to the park yesterday.

3) De niño, jugaba a videojuegos todos los días.
As a kid, I used to play video games every day.

5) Nosotros comimos y luego fuimos a la playa.
We ate and then went to the beach.

7) Tú trabajaste 25 años en la compañía.
You worked at the company for 25 years.

Analysis of each sentence

3) Habitual action without stating an exact number of times ➡ Imperfect

4) Description of a person ➡ Imperfect

5) A chain of events, one after another ➡ both verbs in Preterite

7) Stated duration, so here we can be very confident ➡ Preterite.

Exercise 2: Preterite and Imperfect in the same sentence

Each of these sentences includes two verbs, one in Preterite and one in Imperfect. Try to guess the tenses, then read our analysis:

1) Yo paseaba por el parque cuando vi a mis amigos.
I was walking in the park when I saw my friends.

2) Compré un reloj porque lo necesitaba.
I bought a watch because I needed it.

3) Cuando estábamos en la playa, vimos a Roberto.
When we were on the beach, we saw Roberto.

4) ¿Notaste que la habitación estaba vacía?
Did you notice the room was empty?

5) Conocí a un hombre que vivía en la jungla.
I met a man who was living in the jungle.

1) «Walking in the park» and «seeing my friends» both happened at the same time. But walking took longer, so we consider it background information. In other words: What was going on? I was walking. What happened? I saw my friends. ➡ was walking = Imperfect, saw = Preterite

2) «Buying the watch» and «needing it» both happened at the same time. But needing it took longer, so we consider it background information. ➡ bought = Preterite, needed = Imperfect

3) «Being on the beach» took longer than «seeing Roberto» ➡ were = Imperfect, saw = Preterite

4) «The room being empty» is longer than «noticing it». ➡ notice = Preterite, was = Imperfect

5) At this point, you don’t even need the explanation 😄 ➡ met = Preterite, was living = Imperfect

Finally, here is a paragraph that constantly mixes Preterite and Imperfect.

Try to guess the tenses and then read our analysis:

1) Description of her looks ➡ Imperfect

2) Ongoing situation in the past, background information: where she was living when the story begins ➡ Imperfect

4) More background info, what was going on in her life: she didn’t have a husband ➡ Imperfect

5) A prince arrived. A main action that happened ➡ Preterite

6) Description of his looks 😄 ➡ Imperfect

12) Background info for other actions. It takes place at the same time, but is longer than those other actions ➡ Imperfect

13 and 14) This one is a bit tricky. If we consider these two actions, him asking is the shorter one. Her wanting (or not wanting) is, in comparison, longer: her feelings about him at the time ➡ 13 is Preterite and 14 is Imperfect.

15 and 16) A chain of events one after another ➡ Preterite 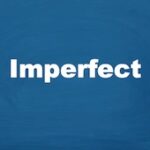 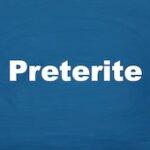 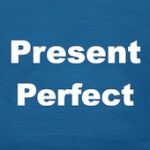 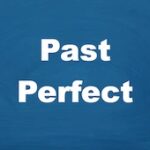 Spanish Past Perfect – Learn and Practice