Demonstratives indicate the distance between the speaker and something or someone else. They are equivalent to the English this/these – that/those.

By the end of this lesson, you will be able to understand these words and use them correctly in sentences.

You will also find a Quiz and Exercises to practice.

While in English we distinguish between 2 distances (this/these = short distance, that/those = long distance), in Spanish there are 3 distances:

The following tables show the demonstrative forms for each distance:

No accent marks on demonstratives!

The rule now is no accent marks, in any case.

You may find older texts with accent marks on some demonstratives, because the rules were different in the past.

When to use the neuter forms

The most frequent uses of the neuter forms are the following:

Referring to something vaguely

It might be because the speaker doesn’t know exactly what it is, or he just wants to talk vaguely:

Dame eso.
Give me that.

Cuéntame aquello.
Tell me about that.

Asking what something is (its fundamental nature)

¿Qué es esto?
What is this?

¿Qué es aquello?
What is that?

Revealing what something is (its fundamental nature)

In sentences whose sole purpose is to reveal what something is fundamentally. («this is a dog», «that is a house»…)

Esto es un perro.
This is a dog.

Eso es una casa.
That is a house.

When to use the non-neuter forms

Except for the few cases we have explained for the neuter forms, in any other situation we use the non-neuter forms.

Aquel perro es blanco.
That dog is white. (The purpose of the sentence is not to reveal its «dog nature», but to talk about its color)

Esta es mi casa.
This is my house. (The purpose of the sentence is not to reveal its «house nature», but to talk about who owns it)

Dame esa guitarra.
Give me that guitar.

Note: when referring to people, always use non-neuter forms:

Esa es María.
That is María.

Aquellas son mis primas.
Those are my cousins. (female cousins)

Take this short Quiz about demonstrative adjectives and pronouns:

Which sentences should we translate into Spanish using neuter forms? And which ones using non-neuter forms?

Fill the gaps using demonstrative adjectives and pronouns. Click on the gray spaces to see the solutions:

1) Esto es una bicicleta.
This is a bike. (short distance)

2) Esta es mi bicicleta.
This is my bike. (short distance)

5) Eso es un camión.
That is a truck. (medium distance)

6) Me gustan estos anillos.
I like these rings. (short distance)

7) Aquel es nuestro primo.
That is our cousin. (long distance) 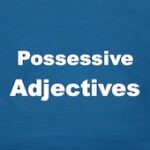 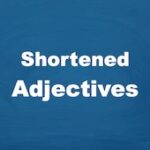 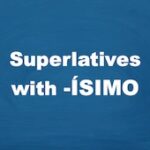 Superlatives with ÍSIMO in Spanish – Learn and Practice 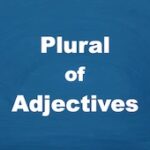 Plural of adjectives in Spanish – Learn and Practice